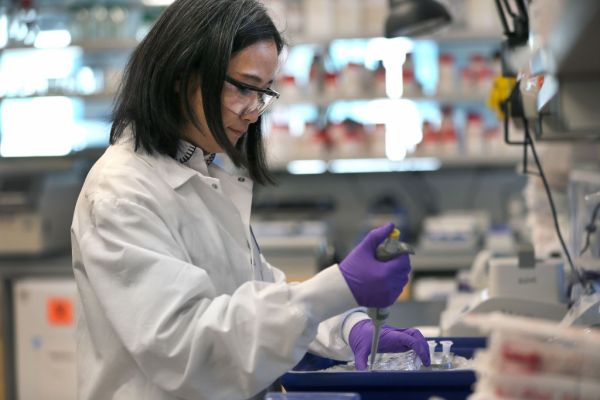 Pharmaceutical company Moderna told Bloomberg on Thursday that it’s on pace to begin the final-stage clinical trial of its vaccine for the novel coronavirus that causes COVID-19 by July. Moderna was the first company to begin human clinical trials of its vaccine candidate in the U.S., and the last stage of its study will include 30,000 people and be conducted in partnership with the U.S. National Institute of Allergy and Infectious Diseases (NIAID).

The aim of the study will be to show definitive clinical proof that Moderna’s vaccine actually does prevent people from developing COVID-19, and, secondarily, that it prevents at least severe symptoms and cases that require hospitalization from materializing. Moderna’s second-stage clinical trial kicked off last month, and the company has previously said that it could potentially begin offering experimental doses available to healthcare workers in limited capacities as early as this fall.

The pace of development of a number of leading vaccine candidates is actually moving just as quickly, if not more quickly. Johnson & Johnson said earlier this week that it would start trials of its vaccine later in July, while AstraZeneca and its research and development partner the University of Oxford will be entering its own final-stage clinical trials this month.

Moderna’s vaccine candidate is an mRNA vaccine, which is a technology that essentially provides instructions to healthy cells to produce antibodies to the coronavirus, without having to actually introduce any of the active or inactive virus itself. mRNA vaccines, while used in veterinary medicines, are relatively new technology and have not yet been approved for use in human patients, but they represent a number of the early vaccine attempts, because of their advantages in terms of speed of development and the lessened theoretical health risk they pose to people, including early trial participants.

Does Your Blood Type Affect Your Risk of Covid-19?